Subtle and effective the postive power of Bach Flower Remedies 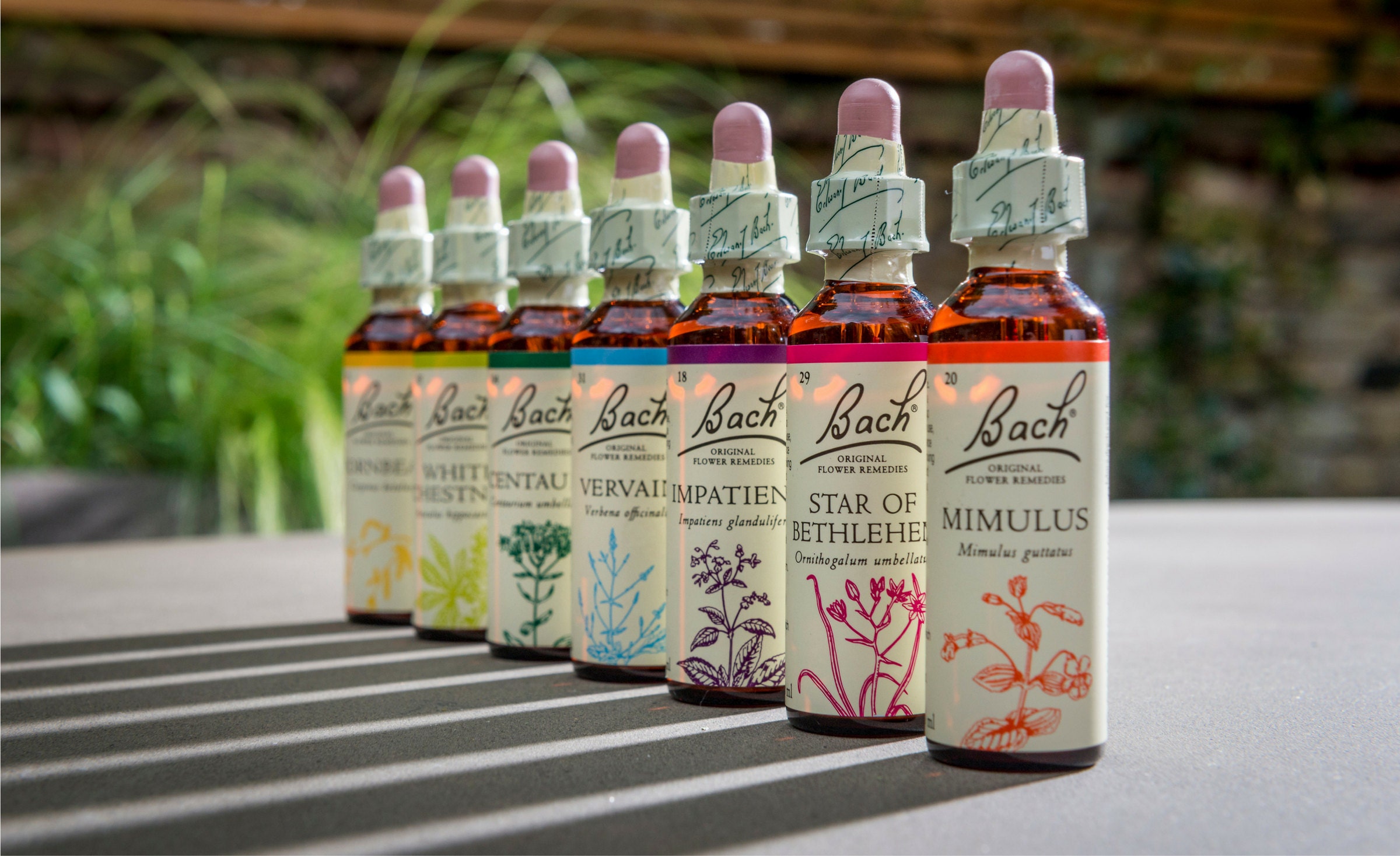 Bach flower Remedies were brought into being by Dr Edward Bach who finalised his 38 remedies in 1938.  After qualifying as a doctor in 1912, working at the UCL in London and having his own practice in Harley Street Edward Bach suffered from ill health and developed a cancerous tumour in 1917 which was removed but he was given a very poor prognosis of just months to live.  From this point he devoted himself to research with nature, plants and flowers to develop the fantastic 38 remedies we now have.

He realised people developed certain personality traits based on emotional issues fine tuned them to 38 remedies which he knew worked as they had been tried and tested.   In doing so he improved his own health and far outlived the prognosis given to him in 1917.

He believed that we all go through many different emotional states over the course of  their lifetime caused by external and internal pressures.  It is when these emotional states remain with us for a long time that they become a problem and can develop into physical illness.

Western medicine has an approach focused on physical symptoms based on the use of pharmaceuticals and technology and literally pares people down to a list of symptoms and intervenes at that point.  For example, if you are having problems breathing a doctor will listen to your chest, and then the doctor will prescribe something that is designed to alleviate the congestion or inflammation that is causing the problem. He/She is unlikely to associate even if you have mentioned a severe emotional trauma that the two things might well be related.

Western mediciene treats the part of the individual that are visible and not the unseen parts. Feelings and emotions are not considered. The spiritual side does not exist for them. Bach Flower Remedies works on the principal ‘Treat the person, not the disease’. This approach looks at the whole person not just the physical manifestations of ill health. It promotes the view that spirit mind and body are connected in many subtle ways and attempts to treat the individual as a whole and address all aspects of their lives at the same time.

Bach Flower remedies are medicines for emotional states of mind and they aim to rebalance negatives states and encourage their opposites. The health benefits of which will be a balanced emotional life, which in turn leads to feeling healthier and better about life.

The remedies do not work like conventional or orthodox medicine by diminishing symptoms; instead they work by enhancing the existing positive qualities. The negative symptoms are not suppressed; they are replaced by the increase of the equivalent positive quality.

As a qualified Bach Flower Remedy Therapist I have worked to combine up to 7 different original Bach Flower Remedies in my 30ml Treatment Bottles to treat specific emotional states which are more relevant to the lives we live today as well as those of our beloved animal friends.  I have 33 different treatments from stress to animal separation anxiety as well as two products with combined therapies here https://www.crystalstherapy.co.uk/shop/27875828/bach-flower-remedies